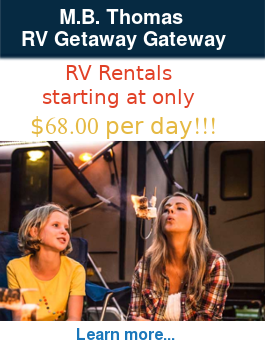 In the early 1970s, Ralph Tait had an idea. So he went into his garage in Bend, Oregon and began tinkering. Several weeks and a few blisters later, he emerged with a revolutionary design for the first A-frame pop-up camper.

It was sensible. It was different. And it was light enough to be towed with just about any vehicle. Friends wanted one. Family wanted one. Friends of family wanted one. As word of mouth spread, Ralph found himself making more campers out of his garage. That’s when Ralph’s sons had their own bright idea. Why not turn this hobby into a real business?

The family moved to Pennsylvania and began making Aliner campers. Two brothers would build one. The third brother would hitch it to the family station wagon and drive across the country until he sold it. When he returned, the brothers would have another Aliner waiting. After years of hard work and several hundred thousand miles on the poor station wagon, the family retired in 2007. Today we continue to build every Aliner with the same quality, craftsmanship and pride as Ralph and his sons did for over 30 years.

View our Aliner Inventory    View all our inventory

Aliner is introducing the Ascape, designed to be the lightest, easiest towing, fully-equipped travel trailer in its class.

The Ascape measures at a manageable 13 feet long, is aerodynamic to slip behind smaller vehicles, and weighs just more than 1,350 pounds, making the home on the…