The Shasta Story - A Proud Heritage

In 1941, when Californian Robert Gray built the first Shasta “house trailer” to be used as mobile military housing, he had no idea his homes on wheels would play a major role in establishing a billion-dollar industry. Or that the little trailers would spark wanderlust in Americans that would carry them across the miles and into the next century. Shasta was, and remains, an important player in the ultimate American Dream; the freedom and desire to roam, explore and enjoy well earned leisure time with the people we love.

In the 1950s and 60s, the toaster-on-wheels look of the original Shasta trailer was the most recognizable shape on the road. There were other RV brands, but only Shasta was distinguished by those wings that signified flight and freedom. Through the 1960s and 70s, RVs became bigger and better, America’s burgeoning highway system evolved into interstates, and the wanderlust grew ever stronger. In the 80s and 90s, RVs continued to evolve into safer, more sophisticated homes away from home, with more features and greater comfort than ever.

Today, 70 years and three generations of Shasta owners later, Americans have the desire to travel like never before. Motivated by the rediscovery of our families and renewal of ourselves, we still respond to the call of the road.

View our Shasta Inventory   View all our inventory 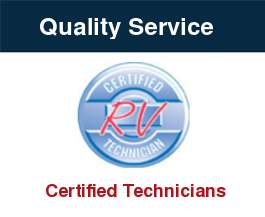 M.B. Thomas RV Sales has been renting motor homes since 1972. We offer long term rates on several models.
We strive to provide the unit booked, but if unable to do so we will provide a unit of equal or greater value.
All rates include: A. Propane B. Generator usage C. Free pick up after 3:00pm and free morning return by 9:00am.
All rentals require a rental application and a reservation deposit of $300.00 for motor homes & $150.00 for travel trailers and pop ups.
To view rental guidelines click here. We will provide a "Free Written Quote"– you simply provide the dates and destination or R/T (round trip) mileage.
Use our contact us form for more details.
A rental insurance deductible of up to $1,000.00 will apply if returned damaged.
Camper Rentals, Inc. does not compensate for minor inconveniences or malfunctioning generators.
If your rental unit becomes inoperable, please contact us as soon as possible so we can arrange service.

We Service all makes of Motorhomes,
Travel Trailers and Horse Trailers
Trained service technicians for: